Aratis has played an important role for the Port of Rotterdam, together with the procurement department, in determining the contracting strategy and the draft of the UAV-GC contract. In addition, Aratis has determined the contractual management strategy and provided the contract manager during the design phase of the realisation. 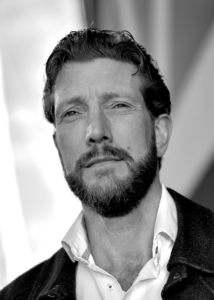 Michiel Goosens
Michiel is a senior contract manager and project manager in the GWW sector with an open mind for innovative contracting.
Read more about Michiel

Early contractor involvement Would it not be nice if there was a collaborative concept that would involve the best of all parties? Where you have more grip is on the solution, more grip on [...]

Truck Parking Bodaanweg Rotterdam Harbour Area The occupancy rate of the current truck parking in the Waalhaven is so high that the inconvenience of improperly parked [...]

Whether you want to discuss a complex issue as a client or if you are a professional looking for a serious change. We would like to make time for a further introduction during a cup of coffee!